This article was written over a year ago and since then code coverage estimation has continued to evolve. However the basic approach described in this article has become the standard, which has allowed us to almost double the number of tests without much hassle. Now there are almost 50,000 tests and compile time is nine hours. We’re constantly working to speed up the code coverage calculation process, and plan to release the next set of fixes in the near future. 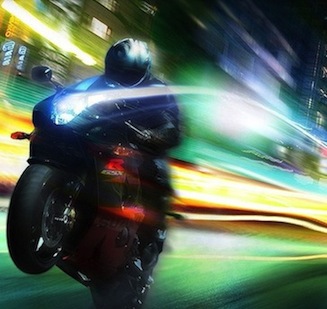 Some time ago we accelerated code coverage report generation from 70 hours to 2.5 hours. This was implemented as an additional exporting/importing format for the code coverage report. And not long ago our pull requests made it into the official phpunit, phpcov, and php-code-coverage repositories.

At conferences and in articles, we have repeatedly related that we grind through thousands of unit tests in a short period of time. The effect is mainly achieved, as you might guess, through multithreading. That could be the end of the story, but code coverage is one of the most important test metrics.

At Badoo, we write tests in PHP and use the PHPUnit Framework devised by Sebastian Bergmann. In this framework, as in many others, coverage is computed through simple calls with the help of the Xdebug extension:

The output is a nested array that contains the files executed during the coverage run, plus line numbers with special flags that indicate whether the code was executed, and whether it should have been executed at all. You can read more about code coverage analysis using Xdebug on the project's website.

Sebastian Bergmann created the PHP_CodeCoverage library, which is responsible for collecting, processing, and displaying code coverage results in various formats. The library is convenient, extensible, and satisfies us completely. It has a command-line-based front end called phpcov.

But the PHPUnit calls themselves also already include the ability to compute and display code coverage in various formats:

The --coverage-php option is what we need for a multi-threaded launch: each thread calculates code coverage and exports the results to a separate *.cov file. Calling phpcov with the --merge flag aggregates and displays results in a beautiful HTML report.

Everything is displayed an orderly and attractive way and should work «out of the box». However, it is obvious that not everyone uses this mechanism, including the library's own author. Otherwise, the «non-optimal» nature of PHP_CodeCoverage's import/export mechanism would have quickly come to the surface. Let's take this in stages to figure out what's going on.

Exporting to the *.cov format is handled by the special PHP_CodeCoverage_Report_PHP class, which has a very simple interface. It consists of a process() method, which takes a PHP_CodeCoverage object and serializes it using the serialize() function.

The result is written to a file (if a path to a file was passed in) or returned by the method.

Conversely, phpcov's import utility takes all of the files with a *.cov extension in a directory and unserializes them into an object. The object is then passed to the merge() method of the PHP_CodeCoverage object where the code coverage results are being aggregated.

The merge process itself is very simple. It is an array_merge() with minor nuances, such as ignoring what has already been imported or what was passed as a filter parameter to the call to phpcov (--blacklist and --whitelist).

It was this approach of using serialization and deserialization that proved problematic in quickly running code coverage. The community has repeatedly discussed the performance of PHP's serialize and unserialize functions:
http://stackoverflow.com/questions/1256949/serialize-a-large-array-in-php;
http://habrahabr.ru/post/104069, etc.

For our small project, whose PHP repository contains more than 35,000 files, the coverage files are huge, several hundreds of megabytes each. The final file, which is «merged» from different threads, is nearly two gigabytes. Working on these volumes of data, the unserialize() method was revealed in all its glory. We waited several days for the code coverage results.

So we decided to try the most obvious optimization technique: var_export and include.

We added a new reporter class, which uses var_export to export in a new format, to the php-code-coverage repository:

We humbly named the file format «PHPSmart». These files have the *.smart file extension.

To allow the PHP_CodeCoverage class to import and export in the new format, setters and getters were added for its properties.

Then after a few changes to the phpunit and phpcov repositories to adapt them to work with the class, our code coverage runs took only two and a half hours.

But he closed them, saying he didn't want another format — he wants our format instead of his own: 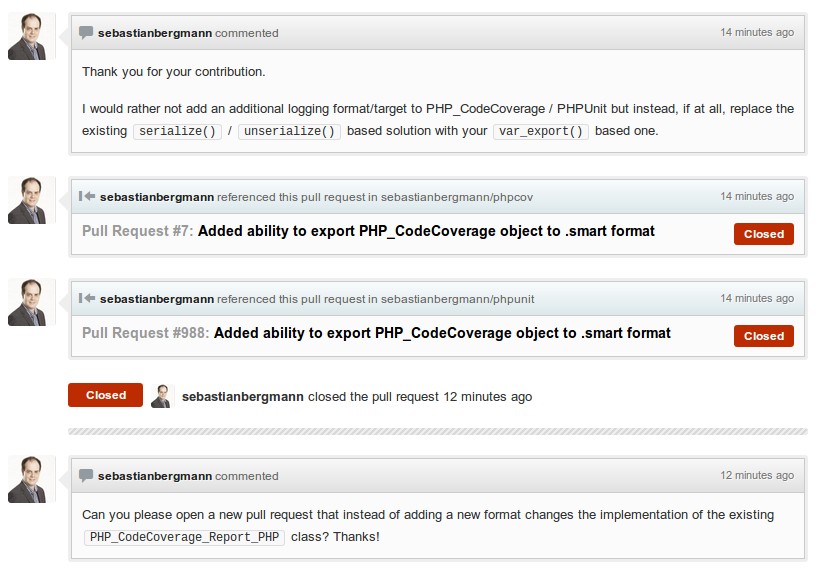 This small optimization helped us accelerate our code coverage by a factor of nearly 30! It allowed us not only to drive unit tests for code coverage, but also to add two sets of integration tests. This did not substantially affect the time spent on importing, exporting, and merging results. 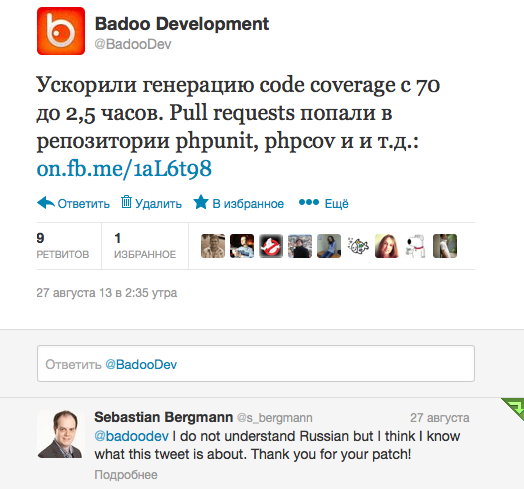