Kelly Tran 31 Aug 2016
Our Android team just had their first Ask Me Anything (AMA), it was great! So we’re sharing our top 3 Android questions and answers from Dima, Erik, Guillermo, Rich and Yaroslav.

For those of you who don’t know much about us, our Android app is huge, with 100,000 lines of code, over 100 million downloads on the Google Play store and an amazing team of 17 people who develop it.

Having an AMA on Reddit was a great opportunity for people to ask any technical questions about developing android apps on a large scale, the technical challenges we face at Badoo, our Open Source projects, articles on the blog and anything inbetween. Let’s get started!

GreyAgency wanted to know what was the craziest device-specific bug we’ve had to deal with?

There are always going to be small (and sometimes large) issues with third party implementations of Android. The best thing to do when you discover something like this is to raise the issue with Google to get a test added to the CTS (Compatibility Test Suite) which is part of the Compatibility Program (this obviously doesn’t solve the issue, but fixes it for the future).

Unfortunately, there are always going be compatibility issues with third party implementations, but that’s the price you pay for a more open system.

dancing_dead asked “How long does a full build take?”


Should I mention here how slow apk installing on a device is, because of an “interesting” idea to compile dex bytecode into native code on the device itself? It means that we are spending a lot of time converting class files into dex and then again spending time on a device (which is much slower than a PC) to compile dex into native code. In the next android N this should be gone, because they have finally reinvented hot spot.

Two more answers were added to complete Erik’s and Yaroslav’s point of view. Guillermo is giving some feedback about his investigation on new alternatives to reduce the build time. While Dima explains why the Android build can be slow. If you want to share your point of view on this, then just leave a comment — we would love to hear about it.

And the first position goes to Neosinan with “What’s your advice/tips to new Android developers?” 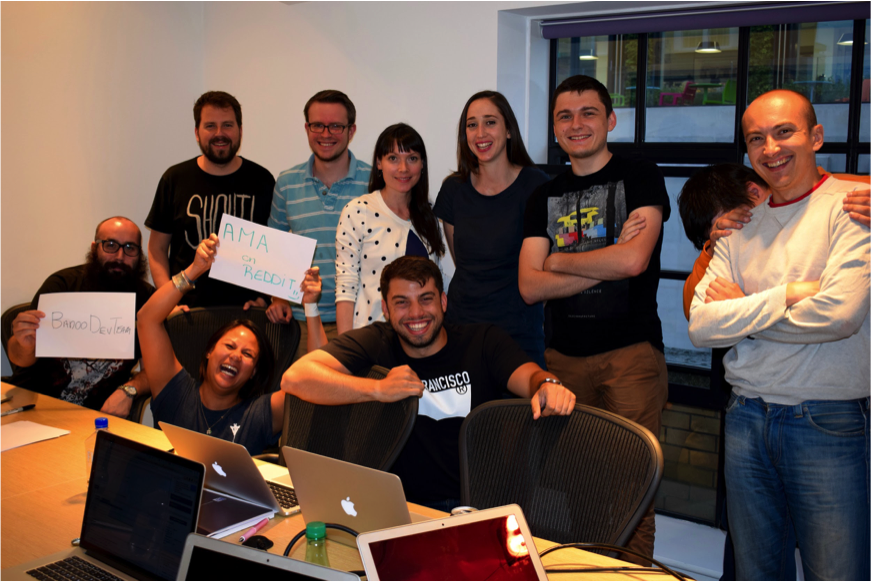 We hope you enjoyed our top 3 and learned something new about Android development at Badoo. It’s not too late, you can still have a look at all the other questions.

Badoo Android AMA is now closed on Reddit but feel free to drop your questions about Android development in the comment section and we will get back to you with more juicy details ;)