Leads, go home – and take your reports with you! 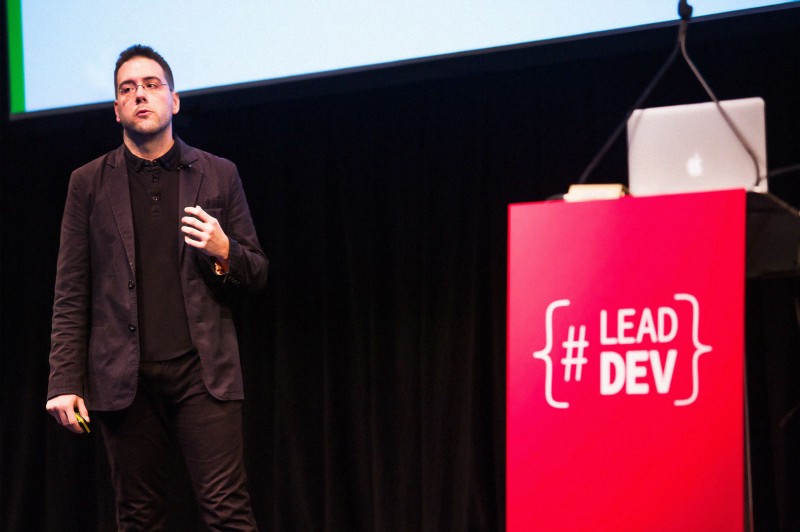 Hello! I am Rafael, and I am workaholic. I have been recovering for some time now, and I want to share my findings with you today.
I’ve been a programmer for as long as I remember. It all started in my youth as a hobby I loved and then, in my late adulthood, I thought that if I can work doing what I love it’ll be like never doing a day’s work in my life. I was so wrong!

My first job: the impostor syndrome

For my first job as a developer, I jumped into the field with quite a big impostor syndrome -I thought that I was not worth the opportunity my company was giving to me, that I, a hobbyist turned into a professional, was not really worth it. That all those many years working on my own projects were not enough and that at some moment they would realise I was not so good, and they would fire me.

So I tried to overcompensate all those insecurities by working more and more hours. I was the first one arriving at the office in the morning and the last one leaving in the evenings. And, after having worked long hours every single day for several months, I realised that, if you do what you love for a living, twenty hours per day, you’ll probably end up loving it a little bit less.
And I quit my job.

Let’s stop for one second and analyse my case: I was working long hours as a way to hide an underlying problem. Nobody noticed it. My managers were super happy with my performance, commitment and dedication and I got amazing reviews and bonuses. Everyone
thought that I was an engaged employee, but I was just a workaholic.

Being a workaholic is not the same as being an engaged employee. Being a workaholic is bad. I know that sometimes we joke about workaholism, or we misuse the term and trivialise the concept. So let’s be clear: Being a workaholic is as bad as being an alcoholic.
Work addiction is similar to other addictions in some of its features, for instance displaying excessive behaviours and disregarding other significant domains in life (Porter, 1996). This is critical: we, workaholics, tend to put many important things in life aside just to be able to work more hours. During my peak time as a workaholic I ended up weighing 120 kilos because of not exercising, drifted apart from my old friends, as I was always working, and I even lost my long-term partner. We broke up.

But the worst thing about it all is that I was not even happy: …workaholic tendencies may be energized by high personal standards and self imposed goals, and not by enjoyment of work. When workaholics fail to meet their own expectations they may feel incompetent (Wijhe, C. v., 2011). So even being working as hard as I have ever worked in my life, I was not able to meet my own expectations, and this made me feel incompetent. Which, if you remember my impostor syndrome, made things even worse, dragging me into a vicious circle.

Probably if I tell you that I was aware of the problem, that I knew that I was working way too much, you will ask me “Then, why didn’t you stop?”. And that’s a great question, with a simple answer: I was not able to stop. I couldn’t help but working nonstop. Stopping was the issue. And that’s proven to be one of the main differences between engaged employees and people who, like me, have a problem.

When you are doing something, there are two main reasons which can lead you to stop: the first one, that you don’t enjoy the activity any longer and the second one, that you feel you have done enough. These are known as stop rules, being the first one known as the “enjoyment stop rule” and the second one as the “enough stop rule”.
Even if you love chocolate, and you have an unlimited amount of chocolate available to you, you will start eating it and stop after a while, when it’s no longer enjoyable, applying the enjoyment stop rule. You won’t use the enough stop rule and keep on eating it until you feel you have achieved your chocolate-eating goal, which -if you are a ten-years-old- might well be eating the whole lot!

Workaholics act like this ten-years-old: they only stop when they feel they have put sufficient effort into work, while engaged employees find their work fun, and they call it a day when it’s no longer fun. So we can say, engaged employees quit working using the enjoyment stop rule while workaholics use the enough stop rule.
As leads, being able to tell whether our employees are using one stop rule or the other is key to identify possible problems with work motivation. You don’t want an employee like me, who works long hours for months and gets good results but ends up quitting, extremely burned out, because he or she was never enjoying it, but just trying to hide a self-esteem problem. Or any other problem. You want to make sure your reports are working because they enjoy what they do, stop when it’s no longer enjoyable and have a good life-work balance.

If for a moment you thought “well, it doesn’t really matter what the motivation is, if the job gets done and the results are good. In the end, no one ever died because of working hard, and I’m the boss and my job as a boss is to guarantee that employees work hard”, let me tell you something: You are a terrible boss, and you need to learn that workaholic employees:

and they work hard:

You will agree that this is probably a bad type of working hard.

The cost of employee turnover

On top of that, if your report becomes a workaholic, burns out and decides to leave the company after a while, as I did, you will regret not having done anything to prevent this: you will then have to spend time and resources looking for a replacement, force other employees to cope with additional workload and, once the replacement is found, you will need to provide training, support and time before he or she reaches the competency level of the former employee.

Although quantifying the true cost of employee turnover can be challenging, it’s been calculated to be, on average about 1.5 times the annual salary of the position in question (Phillips, 1990; Hansen, 1997). And this figure doesn’t take into account the loss of profit that your company might have because of delaying projects that the leaving employee would have been working on. That means that, by letting your report work longer hours up until the point that he or she is exhausted and burnt out, just to squeeze a little bit more time for your projects, you can be creating a huge financial problem to your company. In this context, you can be sure that time is money. Specifically, more time is less money.

So you might be wondering what you can do to make the situation better once you have identified one of your reports has a workaholism problem. Because you cannot just go and ask your employee to stop working and go home. That would be like waking up a sleepwalker. They will panic about stopping, as this will make them feel a lot of negative, uncontrollable emotions, right?

Well, after quitting that first job, I was very lucky to land a new one, a managerial position in a really great company. There, after few days of repeating the same kind of workaholic behaviours that led me to burn out and quit my previous job, my line manager approached me and we had a serious conversation. She tried to make me realise that I had a problem, and at that moment I, obviously, thought she was wrong.

Then she dared me to switch off my phone the next Saturday, just for a few hours, and I thought it would be easy-peasy. Until I found I was experiencing withdrawal symptoms, like phantom vibrations in my pocket. It was like a siren call: “Pick me up, check your email, check your email”.

And after a whole Saturday feeling anxious and fidgety, I accepted that I had a problem. And acceptance is the first step to recovery from an addiction. Once I made that big first step, I was able to continue having weekends of digital detox. Then I started establishing better boundaries between my work life and my private life and, finally, I was able to slowly start using an enjoyment stop rule to decide when to wrap up my work day.
And today I’m no longer a workaholic.

As you see, this is thanks to a great manager who was able to identify that I had a problem. So, what can you do to be that great manager? Just don’t be afraid of having a conversation similar to the one I had with my manager when you think one of your employees might have a problem, and also, to prevent people becoming workaholics, make sure you follow two simple rules, and everything will be alright.

First, do not compliment people who work long hours, nor use long hours as supporting arguments when justifying a pay raise or a promotion. In fact, if you will promote a suspected workaholic because of showing excellent results, make sure that you balance the message you are sending, and make them clearly understand that you are promoting him or her despite of working too many hours, and not because of it. In that conversation, set clear expectations about working hours and remind the employee about them during your following 1:1s.

Second, and as important as the first one, be a leader. Be the one who shows the way and leads by example. Do not work long hours. Leave when you are no longer enjoying it, and make it clear to everyone that it is time to go home, that you are leaving and that you expect the same from them. In one sentence: Leads go home, and take your reports with you! 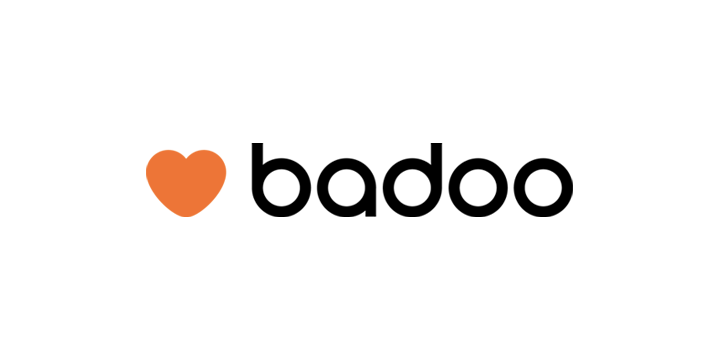 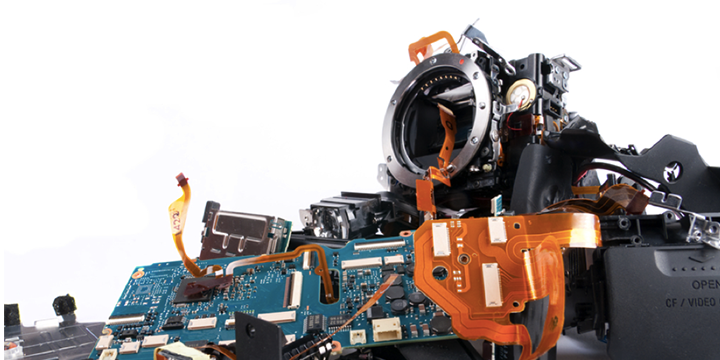 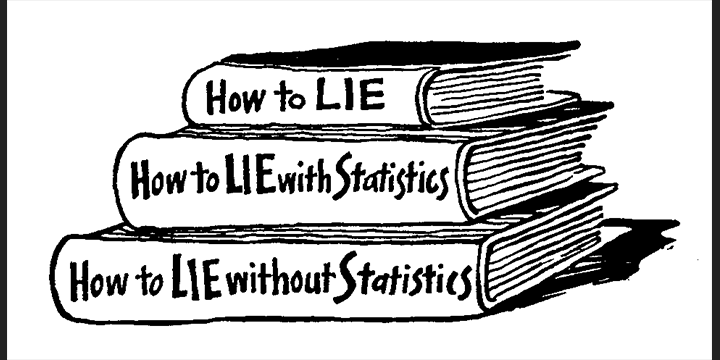